Born in York, Mike Pannett joined the London Metropolitan Police in 1988, and became one of the youngest officers in service to be given his own patch. He went on to serve on the Divisional Crime Squad, Robbery Squad, Murder Squad and the TSG (Riot Police), where he was also trained in surveillance.

Missing his native land, Mike transferred to North Yorkshire Police in 1997, working as a Rural Officer and eventually, as a Wildlife Officer. Mike became one of the highest commended officers for intelligence gathering, drug seizures, and bravery among others. In 2005 he starred in 26 episodes of the BBC’s Country Cops series. In January 2010 Mike became a “Patron of Yorkshire”.

Mike and his wife Ann, who is still a serving police officer, live with their three children in a small village in the North Yorkshire moors. 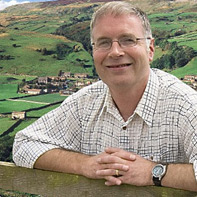